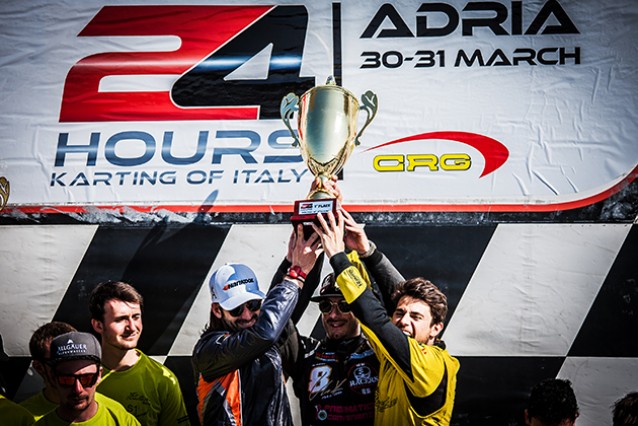 SPAIN, GERMANY AND FRANCE SHARE THE PODIUM OF THE 24 HOURS IN ADRIA
The Spanish team CH-T Gold of Piñeiro, Alcaraz, Garcia and Risitano won a spectacular edition of the 24 Hours Karting of Italy with 40 teams coming from all over the world. In the Silver category the Italian team Bolza Corse won the race.

The 2nd edition of the 24 Hours Karting of Italy ended with emotions and a great show, thanks to the record number of 40 teams and over 250 drivers representing 15 different countries.

The drivers parade took place on the finishing straight, after the qualifying practice, giving an incredible view and the same images were broadcasted worldwide, thanks to the live streaming, that followed the whole race until the prizegiving ceremony, on CRG’s web and social channels. 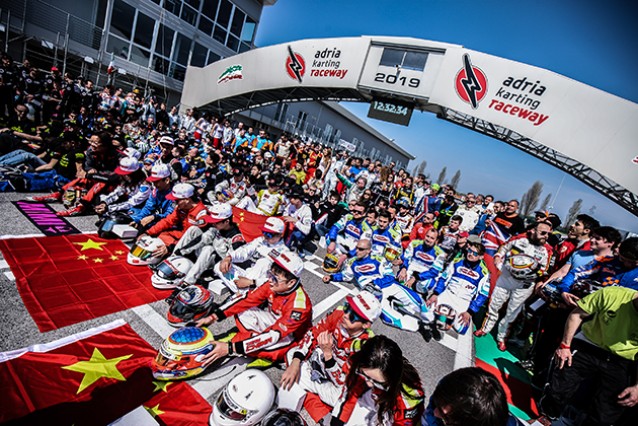 Concerning the organization, the event was a great success, favoured by the location of the Adria circuit, unique in the world for its facilities, as masonry boxes, hotel rooms for the teams and several added values, as the incredible lighting system and the video control on track.

From the sporting point of view, more than 10 teams were able to fight for the podium in both categories (Pro and Silver) and in the end, strategies made the difference as well as the ability in managing the kart from the technical point of view. The race was spectacular, thanks to the regulation that left the strategies free and, under the chequered flag, the gap between the winner, the Spanish team CH-T Gold of Piñeiro, Alcaraz, Garcia and Risitano, and the German team Schnitzelalm Racing of Kieslich, Schumann, Linke, Seidel, Gruebel e Moelgen, was only 8 seconds. 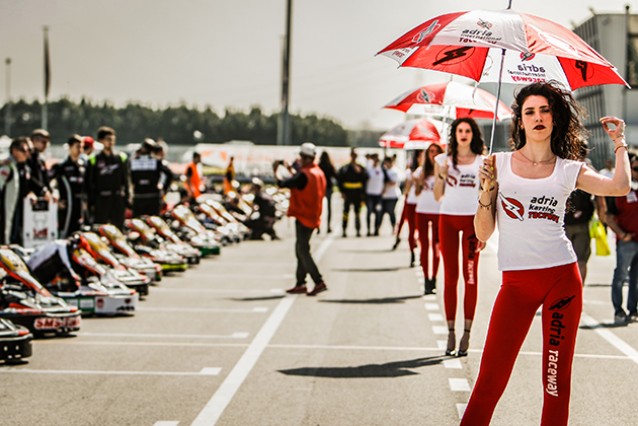 Red Racing (winner of the 2018 Rental Kart World Contest) ended in 5th place, first Italian team, that lost the chance to fight for the podium only for a problem while refuelling. The top ten is completed by the Team Nutria in 6th place, PKI and PFV in 7th place, then the Pomposa Dream Team and Lamone Corse, respectively 8th and 9th.

In 10th place Bolza Corse with an outstanding race, winner of the Silver Cup category, that had 5 more pit stops than the “pro” category. Then, excellent 11th place for Thunderbolt, that finished ahead of Gas RT after a nice recovery. The Spanish team CH-T Silver ended in 13th place achieving the 2nd place of the Silver Cup, ahead of DMS Motorsport, Titti’s Fuoriserie (3rd in the Silver Cup) and Lhasa-Zena Karting.

To be pointed out the performance of the Team Bermuda (one of the teams coming the most far away), ended in 29th place, so as the best of the 3 Chinese teams (China GZ), ended in 31st place. 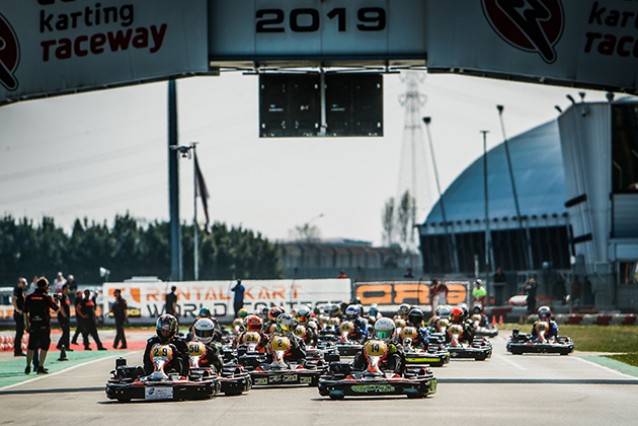 Marco Angeletti of CRG’s marketing makes a balance of the 2019 edition: “The feedback received from the teams about the event was incredible, both concerning the technical point of view about our Centurion karts, as well as regarding the organization. The karts have an excellent reliability and drivers like their driving sensation. About the organization, I think we placed this event among the most important ones at international level for this kind of races, both for the contribution provided by the Adria raceway with its excellent facilities, and for our organising committee, that this year added the long live streaming, able to give the event a visibility in over 25 countries in the world, thanks to the drivers’ sharing. The 24 Hours of Adria, as well as the Rental Kart World Contest, is the feather in the cap of the agonistic and promotional activities to support our rental products and we are very happy of the feedback we are receiving, so that in 2020 we are thinking about opening the entry list up to 44 or 46 teams after the great success of this edition. We are already at work to guarantee the teams a further step in reliability, especially for what concerns the engines that, being of industrial origin, require a lot of commitment to offer balance and reliability in terms of performance.”

Ramon Piñeiro (team CH-T Gold): “It was a beautiful race, we had a good strategy, no technical problems with the kart and in the end, we could control the small advantage we had on the Schnitzelalm Racing team, that made an incredible race as well and constantly kept us under pressure. It is a very well-organized event by CRG and especially with karts fun to drive.”

Miko Bouvier (team Cinecascade by Skof): “The CRG kart is fantastic to drive, it gives a wonderful driving sensation and it is very fun. Then the race was very well organized, everything was fantastic, including the Adria track and its facilities. Even this year we finished on the podium and we missed the victory for some problems occurred during the first part of the night, but next year we will come back to fight for P1.”

Luca Bimbati (team Bolza Corse): “The 24 Hours of Adria this year was definitely our best endurance race ever, we worked perfectly both on track and in the pits, splitting day and night. No mistakes and a good speed paid off on long distance, allowing us to recover from the 4th place to the victory in our category. I guess Bolza Corse couldn’t have a better debut!”