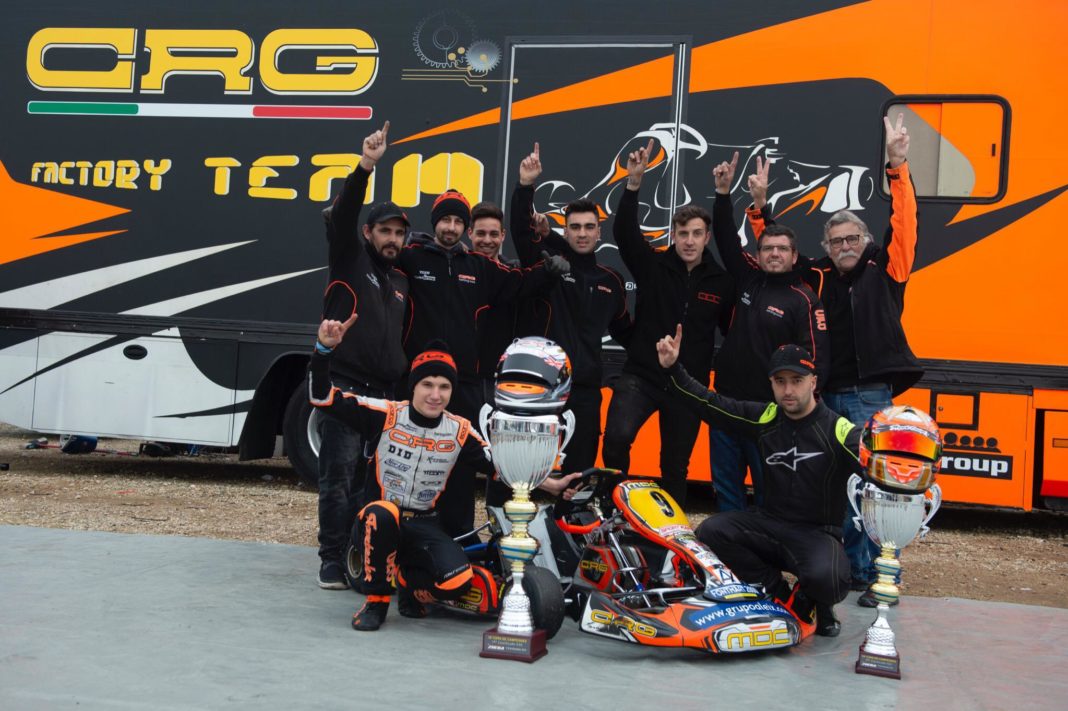 The classic year-end Spanish Trophy was awarded without racing the Finals due to the fog.

The last meeting of the season for the CRG colours was the Copa de Campeones, the historic Spanish race at its 19th edition that this year took place in Zuera. The fog present both on Saturday and Sunday conditioned heavily the race schedule and required to award the Trophy after racing just one heat. Prefinals and Finals scheduled on Sunday couldn’t take place. But despite the reduced program and the little activity on track, the CRG drivers were able to show their strength, winning the X30 Junior class with Lucas Pons and the X30 Senior with Ayrton Fontecha. The KZ2 and OK classes could have been a success as well, without the unexpected change of program, as Simone Cunati achieved the pole position in KZ2 during the qualifying practice, before ending in 2nd place in the first heat, so as Genis Civico in OK.