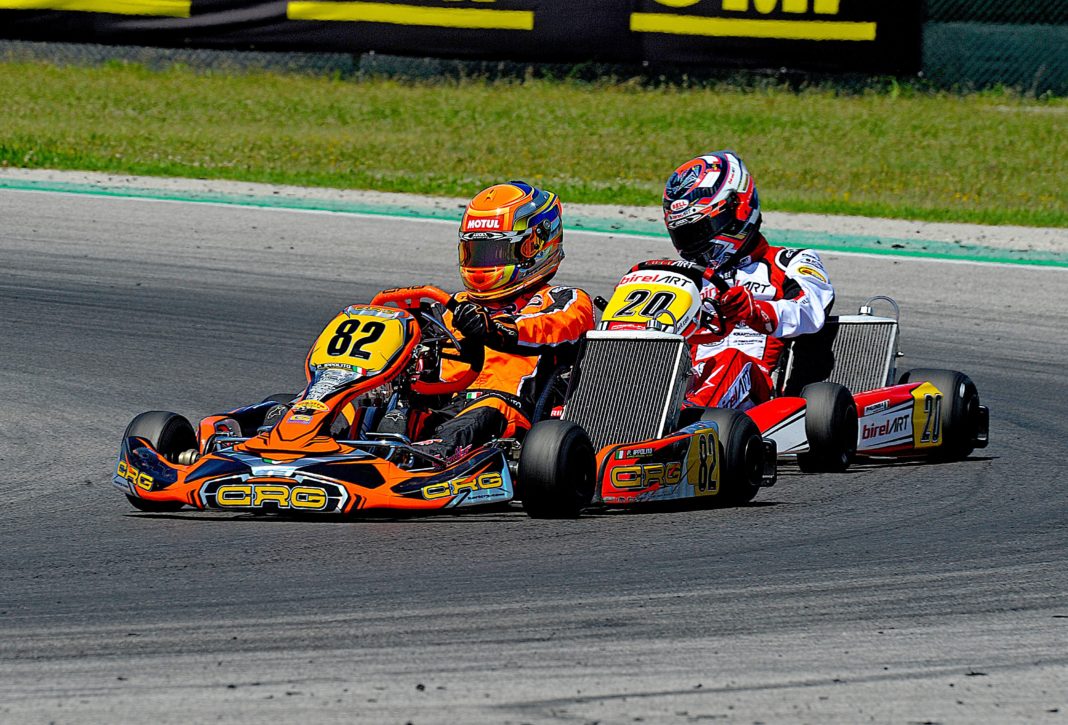 The double round of the WSK Master, held in Adria from June 29th to July 5th, ended with a positive balance for the CRG team. The team’s target was being back at work after the lockdown only with the KZ drivers, in view of the FIA European Championship that will take place on this track in August. The team decided to concentrate only on the KZ classes, postponing the return on track for the OK Junior, OK and Mini drivers at the WSK Euro Series in Sarno.

The main work was done by Paolo Ippolito, who tested many technical solutions and proved the great potential of the CRG 2020 chassis. In Round 3, Ippolito ended in 2nd place in the prefinal and 4th in the final, getting so close to the podium. In Round 4 instead he had bad luck, as he had a technical problem during the qualifying practice and then he retired from the prefinal. But results were not the main target, as Paolo Ippolito explains: “We came to Adria to collect data in view of the European Championship in August, as we weren’t interested in making points for the WSK Series ranking. The balance of the work done on track was positive, as proved by our technical chassis-engine duo. I want to thank the whole staff of the CRG team and Gianfranco Galiffa for providing the engines: everyone did a great job in this long and hard race week.”