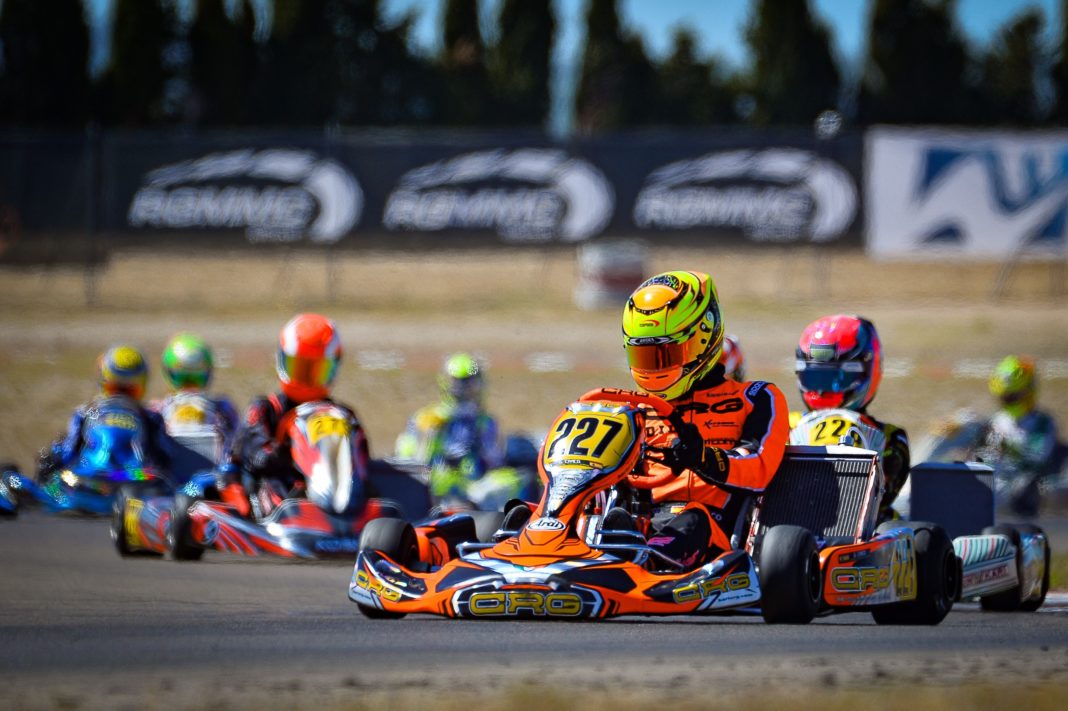 The CRG Racing Team’s restart after the lockdown has been intense to recover the working program in view of the FIA Championships. In order to prepare for the OK and OK Junior European Championship, kicking off in Spain on August 2nd, the team made two races in 7 days: the first one in Sarno for the 1st round of WSK Euro Series to prepare for the Italian race scheduled on August 23rd and the second one in Zuera, Spain (1st round of the Champions of the Future), where the first round of the Championship is taking place. The CRG drivers’ line-up registered for the European Championship is made of 2 OK drivers (Rasmuss Joutsimies and Civico Genis) and 3 OK Juniors (Eric Gené, Mickey Magnussen and Francesco Marenghi), together with the new entries coming from Mini Bianco and Lahnalahti, who are preparing for the 2021 season. The team made a great work, collecting data on some technical updates, and preparing the drivers who are very young, especially in OK Junior. In these races, the CRG Racing Team lined up the Mini and KZ drivers as well, achieving excellent results in both categories.

The balance of the work is done by Marco Angeletti: “Our working program has been turned upside-down by the lockdown and we are trying to recover the time lost as much as possible, especially in the Junior and OK classes. At the beginning of the season, we made many changes in these categories, both technical and regarding the staff, and we counted on a very young drivers’ line-up, paying the fact of being unable to make the Km foreseen at the beginning of the year. For these reasons, we are amongst the most penalized by the long Coronavirus stop, but we are all working hard, staff and drivers, to recover the gap from some of our competitors. In Sarno and Zuera we tested some technical updates both on chassis and engine, and we believe we made a good step ahead. It will be a brief and intense season and our goal is returning in top ten in these two direct-drive categories within the first 2 races of the European Championship. For what concerns the KZ class, we surely start with more certainties, even if drivers are new as well, so as for the Mini, where an excellent work was made for the 2020 homologation and we are already very competitive, not only with the Racing Team’s drivers, but also in many National Championships with our dealers and teams.”