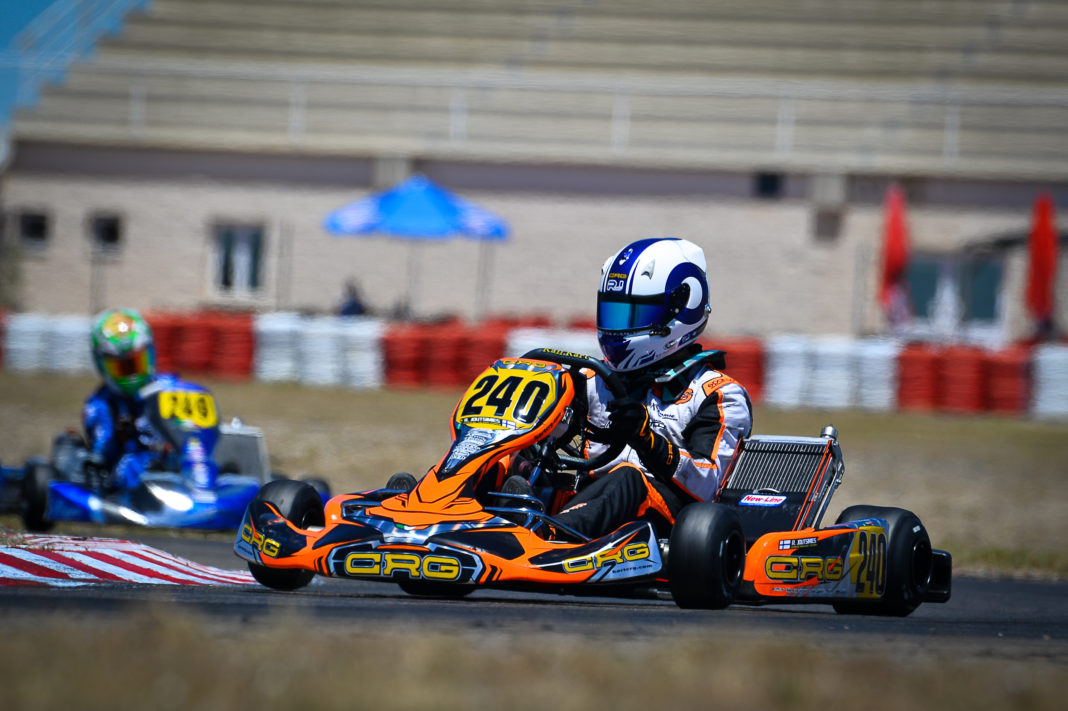 International Karting has finally returned on the eve of the 1st FIA race of the season: the European Championship for the OK and OK Junior classes, which this year due to COVID-19, will be held over 3 races instead of 4 after the cancellation of the scheduled race in Kristianstad, Sweden. Spain also risked to be cancelled due to the outbreak of the Coronavirus in the region of Aragón, but the FIA promoter managed to confirm the event and, albeit with many precautions, without the public as spectators and with many drivers being absent, the season will officially begin. After Spain, the season events move to the Italian track in Sarno on August 23rd and will close in Germany in Wackersdorf on September 13th.

The CRG Team will mark their presence with a line-up of 5 drivers: The Spaniard Civico Genis and the Finnish driver Rasmuss Joutsimies in the OK category, while the Danish driver Mickey Magnussen, the Italian Francesco Marenghi and the other Spaniard Eric Gené will take to the track in OK Junior, with the latter one enjoying a home race. The lockdown had many implications for the circus of international karting, causing 3 CRG drivers not to take part in the event due to the limitations imposed by their respective countries: the Argentine Soldavini, and the Finnish Lahnalahti in the OK Junior class, and the Russian Ksenia Phoenix in the OK class. Also, the team was unable to complete its preparation program, a fate that it shares with other teams as confirmed by team coordinator Marco Angeletti: “We find ourselves in an anomalous season in which we have been able to complete, like many others, only a small part of our preparatory work for the FIA Championships, so we will have to contain our ambitions for results, especially in this first outing. Already in Sarno we will have some technical innovations and, if there are no further stops to the competitions, from September onwards the team will return to its full operational duties, including a full drivers line-up which in turn will provide for a very competitive season finale. Our goal is to score as many points as possible and gain valuable experience by continuing on the path of great improvements, which we have been able to treat on during the past weeks’ tests and preparation races.”

The week-end program includes Thursday’s free practice sessions, the qualifying sessions on Friday, preliminary heats on Saturday and the finals on Sunday. All information for the event (time table, entry list, live streaming, etc.) is available on the official website https://www.fiakarting.com/page/home