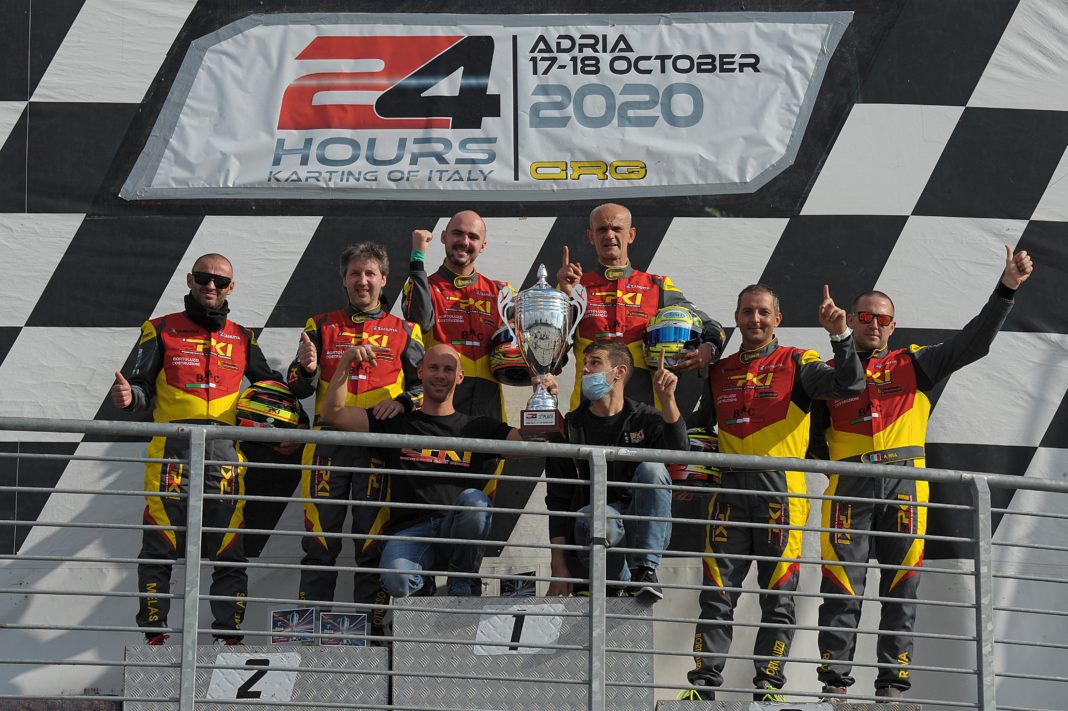 It’s been a great edition of the 24 Hours Karting of Italy on the Adria Raceway happened on October 17th and 18th. Despite the Covid restrictions that didn’t allow the foreign teams to travel to Italy, 29 teams took part to the competition putting on an exceptional show. The BAC-PKI Team made up by Denis Furlan, Andrea Rocco, Fabiano Bottosso, Marco Bortoluzzi, Andrea Riva, Riccardo Melas and Carlo Alberto Cappello won with big merit and great advantage the 2020 edition with 1266 laps in 24 hours. As for the 2nd and 4th place there were two arrivals at the fotofinish, which is normally very rare for a 24 hours race, and which proves the great balance between the team and the karts on the track. As for the 2nd place, the Pomposa Dream Team preceded the Orza Group / Lorenz Petronas by only 128 thousandths, while the Zena Karting won the 4th position for 511 thousandths on Team Thunderbolt. Afterwards, great 6th place for the RKS Team that preceded the French NTKart Team. The Allianz Team (Ambrogio Canavesi, Matteo Marini, Federico Zanette, Sebastiano Galiazzo, Federico Gargano, Carlo Pasquino and Gabriele Gargano) ranked 8th overall, winning the special Silver ranking ahead of the Prost Racing Team and Bolza Corse. The Volmar and the Gas RT are also present within the top ten ranking, respectively 9th and 10th in the standings. From a sports point of view, the DMS Team was forced to be excluded from the top ten due to a technical motor issue, as well as some other setbacks during the night that slowed down the Nutria and Miout Teams, respectively 11th and 12th under the chequered flag. The Next Gen Team took part to the event too, raising funds to support Unicef, and saw Davide Valsecchi and Vicky Piria at the wheel, among others. 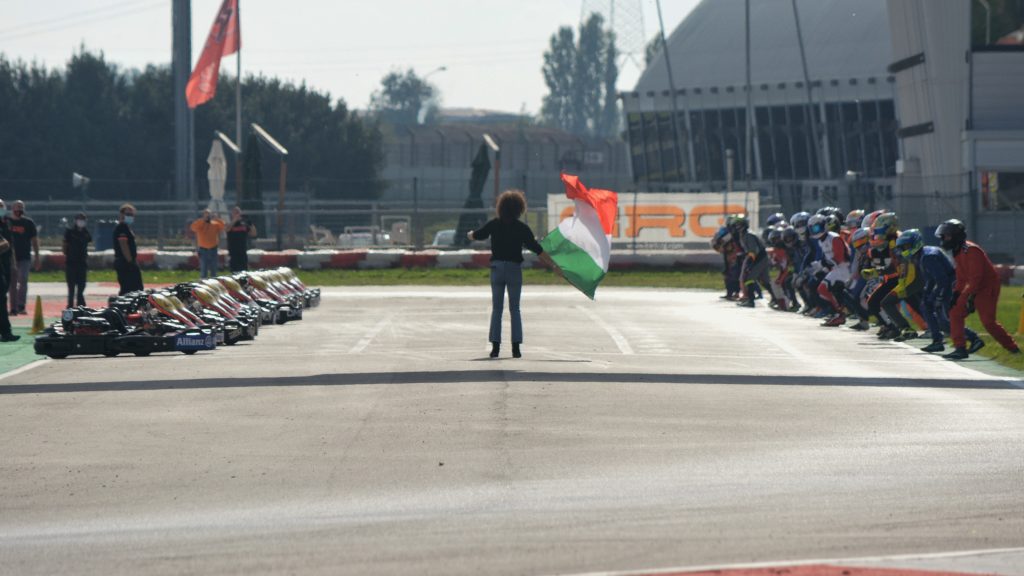 From an organizational point of view, the “classic” of the Endurance karting promoted by CRG was confirmed to be one of reference events at international level. The CRG Centurion karts‘ performance has been reliable and strongly balanced as always, as the arrivals at the fotofinish and the minimum gaps in qualification could ascertain. Most of all, lots of positive feedbacks on the karts have been gathered by the pilots thanks to the feeling they guarantee to the driving performance. The overall organization behind the event was also excellent, as well as the Adria Raceway that is probably the best location in the world to host such a demanding event, thanks to its great logistical structures that offers to the teams.

As for the past year, also the long live streaming of the event was of great success with thousands of spectators and sharings on social media. The overall balance for CRG has once again been very positive, despite the absence of many foreign teams and the obvious safety restrictions that, for example, didn’t allow to put the traditional “Drivers Parade” into place. About this, it must be said that all the teams collaborated with the organization in a constructive way, in order to respect all the safety criteria both in the paddock and in the common areas. In addition, the all behaved very well on track, where the race supervision had to inflict 3 stop and go only.

The 24 Hours Karting of Italy has already been confirmed also for 2021 on the Adria Raceway and the date will soon be officialized.