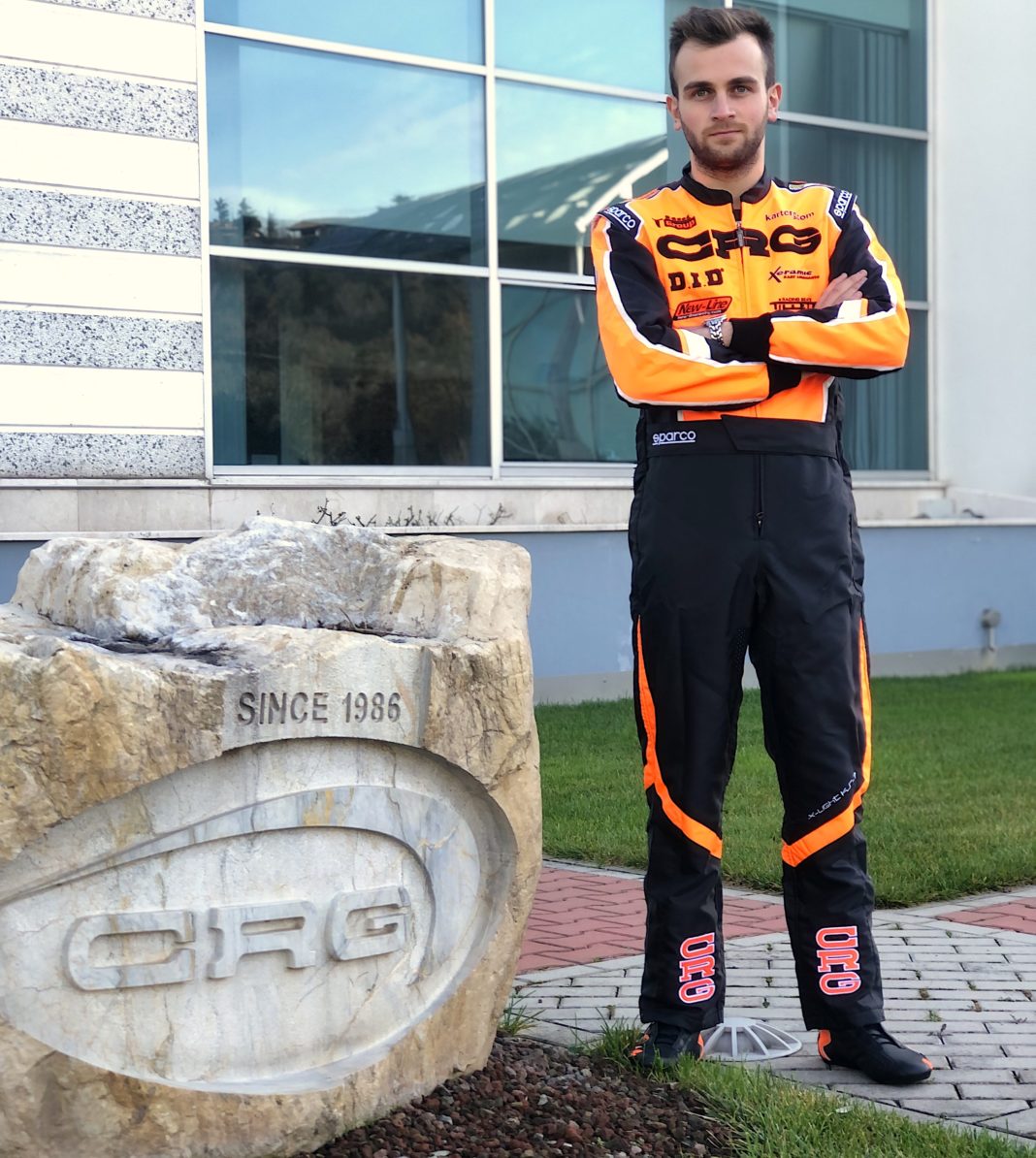 CRG has made official the first piece of its drivers’ line-up for 2021 by announcing Alex Irlando for the KZ category. The agreement with the Apulian driver is part of a large project to strengthen its Racing Team, which CRG is undertaking especially for the KZ categories.

Alex Irlando, born in 2000 in Bari, boasts a very important palmares in the gearbox classes, having won the CIK-FIA World Cup KZ2 in 2017 in Wackersdorf and having conquered the 2nd place in the FIA ​​World Championship KZ this year. In 2019, Irlando also achieved success in the Rotax International Finals in Portimao in the Senior category, as well as achieving many national successes. Although very young, he has a great experience in International Karting and he will be able to guarantee the official CRG team an important contribution, both from the point of view of sporting results and as regards technical development.

Irlando’s race program in the KZ category for the 2021 season will include the FIA ​​World Championship, scheduled in Kristianstad on September 5th, the FIA ​​European Championship and some international races in the WSK and Champions of the Future series. As for the engine partnership, the CRG Racing Team has confirmed the collaboration with TM, a brand with which Irlando also collaborated in previous seasons.

Giancarlo Tinini, CRG President, commented on the agreement with the Apulian driver: “The sporting results that Alex achieved are his best calling card and his arrival in the team will significantly strengthen us in the KZ sector, a segment market in which CRG has always been a reference player and in which we are concentrating many investments after a 2020 that we can define as a transition.”

Alex Irlando also has many expectations on the collaboration with CRG: “The sporting record of the CRG Racing Team in the KZ classes is incredible and I am sure that we will be able to be competitive from the first races of 2021. I am in a moment of my career in what new incentives are fundamental and here at CRG I have found a highly motivated technical staff and ambitious projects. As for the engines, I am also very happy to continue my collaboration with TM, which has given me direct support for years and with whom I have shared all my successes and sporting choices.”