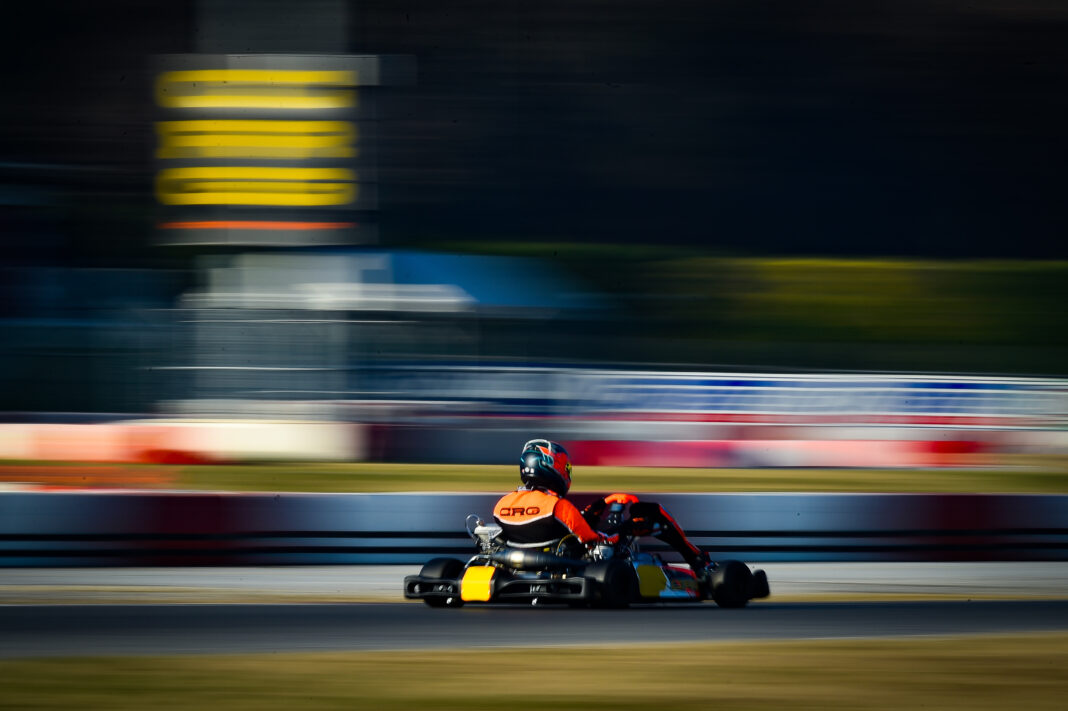 We are now on the eve of the first official race, scheduled for next weekend in Adria (WSK Master Series) and the CRG Racing Team has completed its driver line-up, confirming a very wide team that will compete in all the international categories: OK Junior , OK, KZ and 60 Mini.

A list of 19 drivers in total will make up the team, with the biggest lines-up in the KZ and Mini classes. As repeatedly pointed out by the CRG management, the team will concentrates on specific commercial projects on these two categories. CRG already made a big splash in 2021 by signing the 2020 KZ World Champion Jeremy Iglesias, who was joined by another top driver such as Alex Irlando, as well as confirming Paolo Ippolito, who did very well last year. Experienced drivers such as Jorge Pescador and Paavo Tonteri have also joned the team in KZ2, alongside the confirmed Brandon Nilsson.

CRG has also been very active in the Mini category, that from a commercial and sporting point of view is becoming increasingly strategic after FIA homologation. Here the CRG Racing Team secured the Russian driver Gerasim Skulanov, one of the most interesting young drivers out there, who has signed a two-year contract, also looking at his upcoming move to OK Junior. The Swedish Scott Lindblom and the Angolan driver Lorenzo Campos were confirmed alongside Skulanov and soon they will be joined by the Italian Mattia Prescianotto, the Danish Bertram Sachse and the Spaniard Sandro Perez.

Finally, again on the Mini category, we must say that other drivers with a reduced program mainly in Italy, will be announced in the next few weeks. One of them, who actually has already been confirmed by the team is the Polish Szymon Lykowski.

For what concerns the direct drive classes, both Rasmus Joutsimies and Ruben Moya have been confirmed, together with the French driver Arthur Rogeon. Simone Bianco will join the team in the OK Junior category and next to him for the European Championship there will be Adrian Ferrer, who joined the CRG Mini team in 2020. The new entry in the OK Junior category is the Polish Maksymilian Obst, who comes from the Rotax Series, where he has achieved important results.

On the technical side the CRG Racing team will use TM engines in the KZ and Mini categories, with Iglesias and Irlando who will be directly followed by the Pesaro Factory. Ippolito will instead have the support of the French coach Cedric. Gianfranco Galiffa will take care of the service for the KZ2 CRG drivers, while the partnership with MA of Simone Catenacci has been confirmed for the Mini category. Finally, for the OK Junior and OK classes, CRG will continue its collaboration with Iame, by managing its engines within the company under the responsibility of Jacopo Minelli.

For what concerns the sporting program that the team will go through, it will be focused on the FIA races (European Championship and World Championship), but it will also include some WSK events (which will be primary for the Mini program) and the Champions of the Future race.