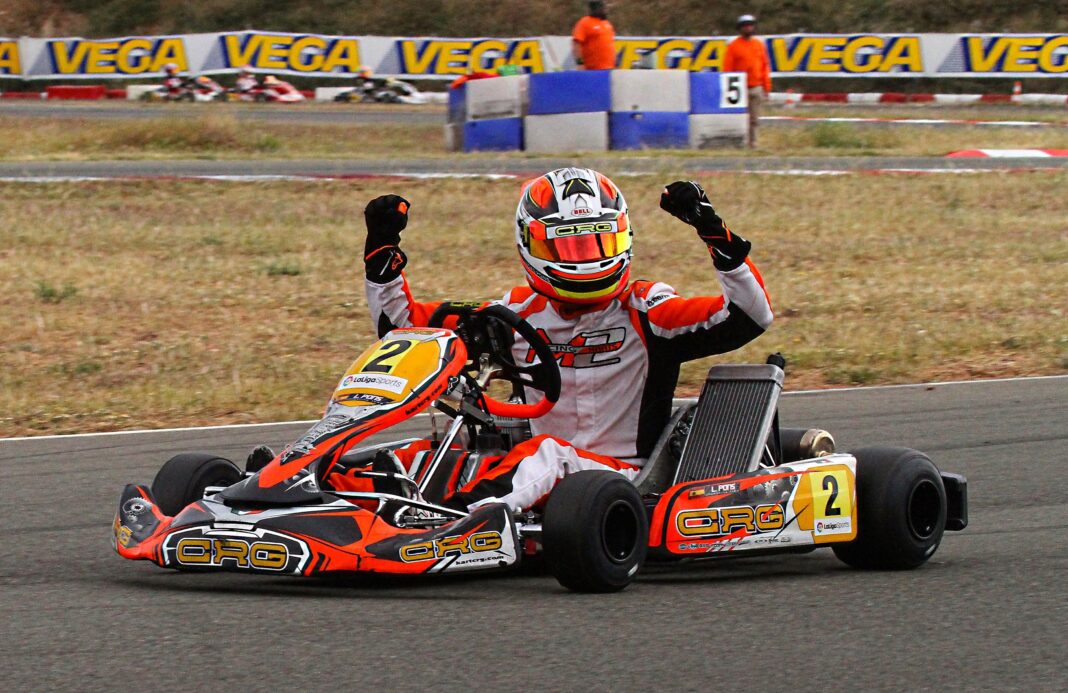 The CRG brand confirms to be one of the most competitive in the main National markets, thanks to the work of our partner teams

It was one of the goals set at the beginning of the season in CRG’s sporting programmes: giving attention to National championships, even rationalising the participation in International championships as the WSK Series. At this point of the season, the balance is for sure positive. In the Italian Karting Championship, that keeps an important role on the market, both for quality and number of drivers and teams, Simone Cunati of the Modena Kart Team took the lead in KZ2, after winning Race 1 and achieving the 5th place in Race 2 in the 2nd round of the season. Meanwhile in Spain, at the 3rd round of the Championship, the young Pons gained another victory in the Junior, rising in the ranking until the 6th place, so as Ayrton Fontecha in the Senior, who won Race 2 after being on the podium in Race 1 with a 3rd place. Fontecha is now 2nd in the overall ranking. But the real CRG supremacy was in KZ2, where Pedro Hiltbrand won Race 2 and Gerard Cebrian achieved the 2nd place in Race 1, results that bring the 2 drivers at the 1st and 2nd place in the Championship. In addition to these results there are also Haverkort’s and Tornqvist’s excellent performances respectively in OK and KZ2 in the DKM German Championship, as well as the great championship beginning in the FFSA French Series (started last weekend in Carole), besides the National Championships in the US and in Asia.

In the picture: Lucas Pons winner in the Junior category in Chiva, at the 2nd round of the Spanish Karting Championship