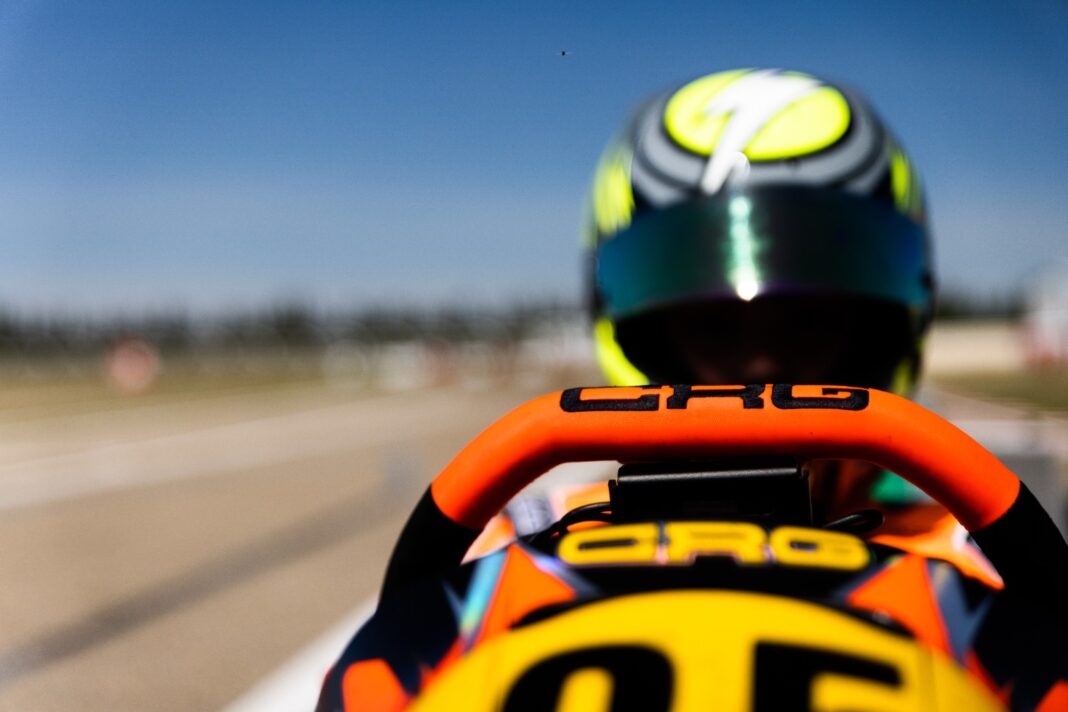 The 2nd round of the Champions of the Future, the Karting Series organized by RGMMC to allow international karting drivers and teams to prepare for the OK and OK Junior Fia European Championships, ended in the Zuera. The 2nd Round of the European Championship is scheduled in fact on the Zuera track and all the teams have worked in view of the race that will take place on this track in 15 days. The work program that the CRG Racing Team had planned was carried out by gathering a lot of useful information, but also by showing great speed right from free practice. In particular he immediately found a great feeling with the Spanish track Nikolas Roos in the Junior category, always among the fastest and also winner of a heat on Saturday. The South African had an excellent pace and could have fought for the podium in the Final, but an electrical problem immediately stopped him on lap 1. Ups and downs, on the other hand, in the OK category, where the best in the Final was Gabriel Gomez (P14), while Galli was even more delayed by some contacts and Gustafsson retired on lap 1 due to an accident. But also in OK, on many occasions, the speed of the CRG drivers was solid and the work done from a technical point of view satisfied the technical staff. Now the goal for the drivers of the direct drive classes is to put together all the work done and reap the rewards in the European Championship race scheduled for the weekend of May 1st.

Nikolas Roos (OK Junior): “I am very happy with my weekend despite the retirement in the Final because we were fast from the first day of free practice and everything was working very well, from the chassis to the TM engine by GFR. Our goal was to prepare for the European Championship race that will take place here in 15 days and I think we have shown that we are competitive and we will start with great ambitions. Certainly there remains a bit of disappointment with how the Final went, but these are the races and we have to look forward.”

Gabriel Gomez (OK): “In the Final I recovered 12 positions and had a very good pace. Unfortunately I had lost two heats and started from behind, but the chassis has shown its potential and we will soon reap the benefits of the work done.”